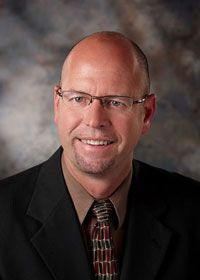 Arlan Johnson began his career at Howard County Medical Center in the Clinic Director position and after three short years, he was promoted to CEO. Arlan graduated from the University of Nebraska at Kearney with a Bachelor’s degree in Business Administration, with an emphasis in Finance. Arlan received his Masters of Healthcare Administration degree through Bellevue University in 2012.

Prior to joining the staff at HCMC, Arlan worked in the banking industry for over 15 years, most recently as a Bank Manager for Bank of the West in Grand Island. Arlan has been employed at HCMC since October of 2007. Arlan, and his wife Kori, reside in St. Paul. They also have four children: Brandon, Madison, Gunnar & Emily. 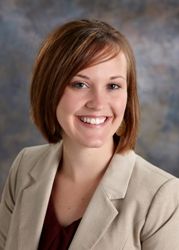 Morgan is the Chief Financial Officer at Howard County Medical Center. Prior to her position as CFO, she worked in public accounting as a senior healthcare auditor at Seim Johnson, LLP. Morgan graduated with a Bachelor of Arts degree in Professional Accounting from Hastings College in 2011.

Morgan and her husband Jordan are both natives of and reside in St. Paul with their children Lainey and Jack. 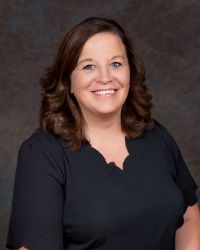 Jillyn Klein began her career at Howard County Medical Center in 2000. She was hired as a Radiologic Technologist, and in 2001 was promoted to Radiology Director. In July of 2013, Jillyn was promoted to Chief Operating Officer. Jillyn’s primary responsibilities include overseeing all of outpatient services, in addition to working to expand our current services.

Jillyn graduated from Fort Hays State University with a Bachelors of Science Degree in Radiology Technology. She is currently working to earn her Master’s Degree in Healthcare Administration. Prior to joining the HCMC staff, Jillyn worked in the Radiology Department at St. Francis Medical Center in Grand Island. Jillyn, her husband Steven, and children Tristan, Tamryn, Ty and Trasa reside in Wolbach. 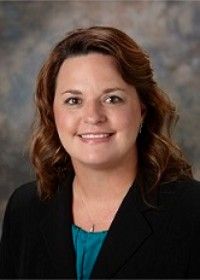 Paula is the Executive Director of Clinical and Nursing Operations. She started at HCMC as the Clinic Director in 2017. Prior to her position as Clinic Director, she worked at St Francis as a Clinical Supervisor of the Intensive Care Unit. Paula graduated with her LPN in 2001 from Hawkeye Community College in Waterloo, Iowa, her ASN from Mercy College of Health Science in Des Moines, Iowa, and her BSN from the University of Wyoming in 2014. She has worked in Nursing Leadership at Mercy Medical Center in Des Moines as a Unit Coordinator and most recently as a Clinical Supervisor of the Intensive Care Unit at CHI Health St Francis in Grand Island. Paula is part of the American Association of Critical Care Nurses and is certified as a Critical Care Registered Nurse. Paula and her husband Casey reside near St Paul and have four children, Grady, Reed, Etta, and Lucas.